Olivier BLIN (MD, PhD, MBA), 58 yo, is Professor of Pharmacology at Aix-Marseille University, certified in Neurology, Psychiatry and Medical Biology. He owns a PhD in Human Biology as well as a MBA from Ecole Centrale Paris.

At the international level, he has been elected as a member of Innovative Medicines Initiative Scientific Council by the 28 EU members. IMI is the world’s biggest public-private partnership (PPP) in the life sciences (€3.3 billion budget for the period 2014-2020) that aims to improve health by speeding up the development of, and patient access to, innovative medicines. It is a partnership between the European Union (represented by the European Commission) and the European pharmaceutical industry (represented by EFPIA).

Olivier Blin is a Past member of the Board of the French Minister of Health (2004-05), Founding Vice-President of Eurobiomed Cluster, Past Head of Unit Physician, CNS, GSK, Shanghai (2011-13) and Past Visiting Professor at Imperial College London (2012-13).

His main achievements include the following:

i) to have conducted and signed the report of clinical studies (Marketing Authorization dossier) of 15 drugs,

iii) to have developed the collaboration between French and Indian on behalf of the French Minister of Industry (2010), and coordinated the New Indigo FP7 AlzBioIndigo project;

iv) to have initiated and coordinated the IMI PharmaCog project (2010-15), a 27 M€ public private partnership aiming to “predict the cognitive properties of new drug candidates for Alzheimer’s Disease” 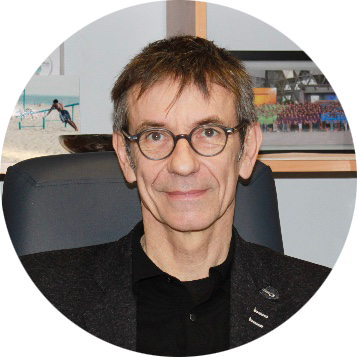